I am delighted to announce that this years' recipient of the ASME President's Medal is Emeritus Professor John Cookson.

John has had a long and distinguished career in medical education and has made a substantial contribution both at a national and international level.

He continues to be at the forefront of education in his role as Development Dean for the three counties medical school, University of  Worcester. 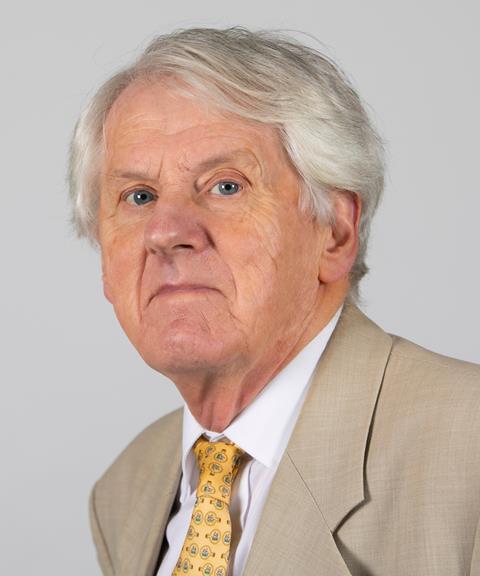 This appointment capitalised on his vast experience, principally in undergraduate education across three other medical schools.

He is a long-serving member of ASME and has, for many years, been the backbone and driver of the psychometrics special interest group bringing his knowledge and enthusiasm, and contributing to the strategic direction of the ASME board.

He moved on to become the professor of medical education and dean of the undergraduate school at Hull York. These titles were just a reflection of the regard in which he was held both for his clinical ability and expertise in medical education.

He supported the development of a new medical school in Botswana, helping to develop the course curriculum, assessment and management. He was awarded the William Evan’s Traveling Fellowship to the University of Otago, has visited Japan to report on the Japanese medical education authority for the GMC and asked to visit Gondar, Ethiopia, to report on the medical course of the Gondar College of Medical Science.

Closer to home John has been an external examiner at final MB for St Barts and the Royal London, Glasgow, Manchester, and Warwick universities. He has also been an examiner for the membership examination for the Royal College of Physicians.

He is a tutor on the essential skills in medical education from Dundee and involved in the certificate in clinical education in Exeter where he holds an honorary chair.

He developed and implemented the revised undergraduate clinical curriculum for Leicester medical school following the publication of “Tomorrow’s Doctors”.

He was also responsible for the development and implementation of a new five-year undergraduate medical curriculum and assessment system for Hull York medical school.

He has presented at national and international conferences on medical education and indeed has recently presented twice at our own ASMEBITESIZE programme.

He is held in the highest regard by all who know him, have worked with him or were taught by him.

There are few individuals who manage to make such a contribution to both undergraduate and postgraduate medical education over such a sustained period of time. I have no doubt that his current energy in leading the application for Worcester University to have a medical school will be as successful as the rest of his career.

Professor John Cookson is a very worthy recipient of this years’ President's Medal.

The presentation will take place at the ASM, though like last year will be a virtual event but an opportunity also for John to accept the award and offer his own reflections on his illustrious career.

When you subscribe to the blog, we will send you an e-mail when there are new updates on the site so you wouldn't miss them.

Already Registered? Login Here
No comments made yet. Be the first to submit a comment
Member Login